Δ Did you know ∇

You can read the history of anybody’s edits 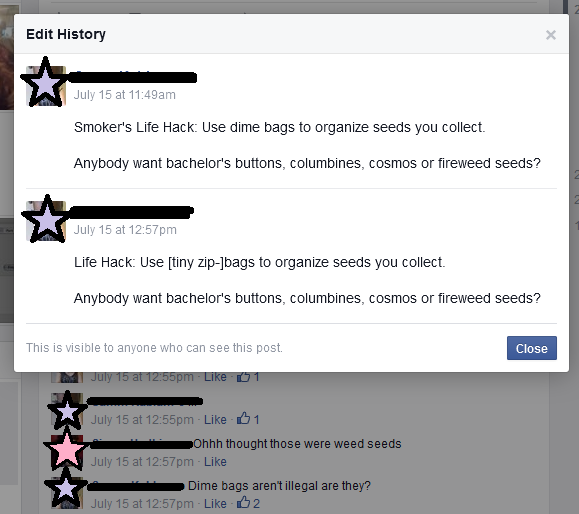 Someone editing for political correctness.
Kinda makes you think….

WOAH!  Snails can heal themselves if their shell breaks!

2 summers ago I heard this awful *-CRUUNCH-* I was gardening and I accidentally stepped on a snail. I felt so bad that I took her/him inside and fed her lots of yummy veggie scraps while she healed from the accident. I made this .gif when she stopped resting and the shell started growing back in.

I didn’t know that you have to take the broken bits off… but she healed fine with them left on.  :]

She is such an active, eye-whirling snail! I wanted to keep her as a pet/friend, but I realized she’d be much happier outside so I let her go after making sure she was healed.

The world is really beautiful.