Wow! What a cool idea! This is a perfect way to use the outside of a pen after I finish using the ink up.

Living Green and Recycling can be fun and creative.  Customize your favorite hooks for comfort and be environmentally conscious at the same time. /;)

Old favorites hidden in a drawer till rescued. /;)

eBay discoveries that brighten my collection.

If you’re interested in making your own – click on the file name below for  step by step instructions and more examples.

Please be patient it’s a large PDF file and may be slow to open. /;)

Marine wildlife death by entanglement is something we should all be aware of. Thousands of miles and literally tons of derelict rope and fishing nets are littered into our water.

I found out that there are 682 beaches out there. We must keep them clean and safe in order to sustain life on this planet. So let’s support a good cause and help clean up fishing nets!

Check out the link below to learn about what is done to prevent marine wildlife entanglement.

A friend of mine shared this with me and I think it would be one of the best ways to give a gift this year! They are so beautiful, too.

Check out my post about plastic in our oceans  if you want to know more.

With climate talks well underway at COP21, where do the provinces stand on climate change and what are their strategies moving ahead?

So far it looks like Quebec is doing the best.

Source: Where do the provinces stand on climate change? | rabble.ca

The new Waste Free Ontario Act is a great step in the right direction towards a zero waste circular economy. 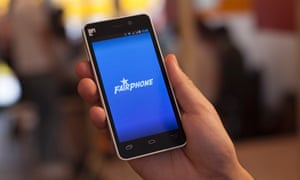 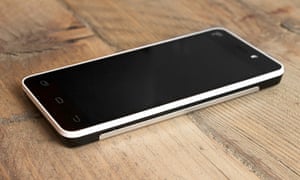 The Fairphone is the first smartphone to attempt to change the status quo to use ethically sourced materials and manufacturing, but is it a decent smartphone too?

Source: Fairphone review: ethics trumps everything else | Technology | The Guardian

Something to consider while you’re busy creating the future, scrawling in your notebooks.

I am forever amazed by the creative ways people stop waste from reaching landfills.

**Purchasing recycled, eco-friendly office supplies can really set the standard for future schools and workplaces. Plus, it sends a message to companies that endorse cheap-labor and poor environmental laws by saying “I CARE! THIS IS WHAT I WANT TO SUPPORT.“ **

It may seem more expensive at first, but if you substitute that fancy coffee or an unnecessary bus ride, you can use the money you’ve saved to buy various recycled, earth-friendly alternatives.

I try to think of it this way:

I know it is just a pencil, but the ideas are progressive and inspiring.

END_OF_DOCUMENT_TOKEN_TO_BE_REPLACED

Almost 2 weeks ago a pipeline spill occurred in Alberta, Canada just south of Fort McMurray.
My only knowledge of this occurred when checking my inbox… What the hell, Canada?

Why have I not heard ANYTHING about this in Canadian news & media?  (to be fair, I haven’t checked CBC)

An American source sent me the email and THAT is how I heard about this! I’m appalled by us Canadians. Where have our values gone?!?
Nation of Change, an entirely non-profit American news source that encourages honest journalism about real issues that are not being covered by mainstream media was created because corporations buy mainstream news agencies and filter/sensor most of the news.
e.x. CP24, owned by Bell Media.
__

The oil industry is so big, and with so much at stake for politicians (Harper loves his liquid dinosaurs and is still pushing new pipelines) and corporations.  I am sure covering something so close to home during a time of record-forest fires in Saskatchewan AND THE ELECTIONS is not the best move. When spills happen in California, along the Gulf Coast or in Asia, its o.k. to report: We are removed from the issue because it “does not directly affect us” making the news more sensational as opposed to catastrophic.

“[…] the largest pipeline spill in the province in 35 years, when a 54,000 barrel oil spill became Canada’s worst-ever pipeline incident.” – Source

& This is not the only issue that has come up recently.

“Meanwhile, Alberta is not the only place where oil spills are demanding attention. Halfway around the world in Australia, a potential oil spill was found on Friday along the Great Barrier Reef. The Reef, an especially delicate ecosystem and World Heritage Site, has come under multiple stressors in recent years, including development, fossil fuel export, and climate change.” – Source

Australia has been extorted by fossil fuel exporters for a long time. With major detrimental effects on the quality of life for people and animals on the island. If you want to know more, watch the documentary I blogged about in  Fracking Our Lives Away

As shocked as I am, I’m not surprised.

These kind of events remind me to keep my eyes open and my mind constantly questioning, asking for more answers. It is our responsibility to take care of this planet. If we leave major decisions and law-making to a select few sociopaths, the next few generations may not have a planet worth living on.

I will leave you with my mantra, in the words of my favorite band ever: Free Thinkers are Dangerous.

On Saturday, AUGUST 8  the second ever SWAP/DROP will be taking over the southwest side of Bellevue Park!! (Kensington Market, fyi) It runs from 11:30am -6 :30pm We will have an ArtSpace set up for people of all ages to make crafts, hang out and get creative in whatever way you’d like plus of course, the Swap/Drop :]

OFFICIAL GROUP: SWAP/DROP  (join to stay updated or volunteer for the next one) ++Share this event with your friends!

We had such a great time hearing your stories, painting pinecones and doing scavenger hunts with you! A big thanks to everyone who was so supportive of this idea. I hope to see you back again :] Keep in mind, the Swap/Drop wasn’t only created to have free fun and get free stuff. I created this to inspire others to think differently about unnecessary consumerism and the role we play in waste management. If we buy less, share more & think differently about what is considered junk, we can limit lots of waste ending up in the dump and make cool art/furniture at the same time. Who knows, maybe the best things in life really are free.

A painting lots of people added paint to on June 6th, 2015 – the first Swap/Drop

This Saturday I will be hosting an event called the SWAP/DROP where you can:

Essentially I am trying to get the community together so we can think differently about consumerism and the role we play in waste management.

Buy less, share more & think differently about what trash means to YOU.